Don't put the cart before the horse

Im sure everyone has heard the old saying "don't put the cart before the horse", well that holds true in business and in life.  While we were in the concept stage of Fancave we too often caught ourselves jumping steps and peeking over the hill as we became more and more excited about what we had on our hands.  This became the perfect way to derail our progress as we would spend so much time basking in what we thought was about to happen.  It took a lot of discipline to break this habit, but doing so has immediately paid dividends.  I know personally I am a dreamer which is the direct reason why some of my ideas are very lofty goals.  The part I had to learn was how to become a doer, which allowed me to better analyze my goals to make sure they were realistic in relation to my current situation.  Ultimately there is nothing that we can't do, but we have to understand timing and how that relates to execution. It really boils down to sticking to your game plan and "ACTING LIKE YOU'VE BEEN HERE BEFORE".  Remember everything will have peaks and valleys so if you get too excited about what you have not achieved just imagine when adversity sets in, which it will in any situation.  Keep a level head and you'll be ready for anything.   www.wearefancave.com 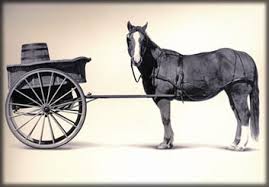